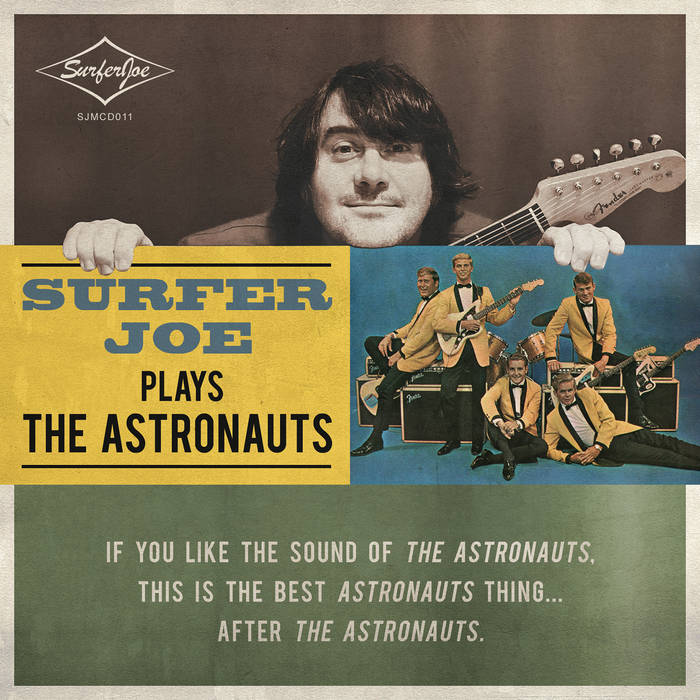 This group of songs were originally the B-side of a 2016 album co-produced with the German band The Kilaueas in which they and Surfer Joe paid a tribute to the legendary band from Boulder, Colorado.

Surfer Joe played all instruments, translating in music his passion and love for the Astronauts, while focusing on the little details that made those 60‘s songs unique.

The three guitars attack, the jazzy drums and the reverb drenched rhythm section are the key elements to create the Astronauts’ wall of sound and these are all featured in these 8-tracks.

Surfer Joe also recorded some new music in the Astronauts’ style and so Astrobeat Stomp was born, a very pushing instrumental with the drippiest guitar ever and probably one of his best originals.

Recorded in Frida’s room on April 2016.
Cover photo by Anne Valdambrini.
Dedicated to Frida and Carl.

Featuring Oakland sounds from the Smart Bomb collective and Samplelov.